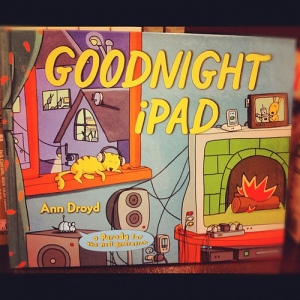 From Elizabethan romance to zombie fiction, literature is always changing, and a new revolution of “parody books” has started hitting shelves, poking fun at classics and new young adult fiction alike, from “Pride and Prejudice” to “The Hunger Games.”

For the last 200 years, Jane Austen’s novel of romance and stubbornness, “Pride and Prejudice,” has been one of the staples of classic literature, widely considered a must-read. But in 2009, author Seth Grahame-Smith turned Austen’s conventional approach to the romance into an opportunity with “Pride and Prejudice and Zombies.”

He took the original text and added elements of the “undead,” with main character Elizabeth Bennet and her four sisters fashioned into zombie-fighting machines by their father, while their mother, the memorable Mrs. Bennet, maintains her 18th century ideas and continues her attempts to marry her daughters to rich men.

Unexpected plot-twists occur throughout, with heroine Elizabeth defeating Lady Catherine and her ninjas in a fight to the death over Darcy’s honor, for example, with a touched Darcy returning to Elizabeth to become the zombie-fighting power couple they were “meant to be.”

Another classic, the children’s story “Goodnight Moon,” was followed up last year by “Goodnight iPad,” Ann Droyd’s rather judgmental interpretation on the takeover of the technology age.

In the original story, bedtime faces a little bunny, who wishes goodnight to the objects in his room and just outside his window. But in the 2011 version, a slightly more spoiled looking little bunny is forced to bid goodnight to Nooks, iPads and an “LCD wifi HD TV,” when the old lady bunny in the story gets fed up with the “bings, bongs and beeps,” of electronic gadgets. Parents in particular will appreciate this story as a humorous take on a family classic.

It seems that no matter how recently a book has been published, it can’t escape the satirical intentions of an author looking to write a parody. The 2008 “The Hunger Games” was trailed barely three years later by “The Hunger But Mainly Death Games,” which insults Katniss Everdeen’s (turned Bratniss Everclean) character and personality.

Other topics taken on are the reaping, the Capitol (renamed the “Big Huge Nice Capitol City”), the separation of the districts and the games themselves. In this version, Peeta (turned Pita) and Bratniss have to “awkwardly date,” and Pita is Bratniss’ stalker before the games, rather than just an uncomfortable friend. Although cheap jokes and references are used throughout, this book offers a humorous interpretation of a pop culture favorite.

Another more recent piece, “50 Shades of Grey,” will become “50 Shades of Chicken,” a cookbook with recipes like “Mustard Spanked Chicken” and “Dripping Thighs” that maintains the sexy motif throughout.

For those looking for a humorous take on a cookbook, “50 Shades of Chicken” is worth picking up when it is released in November.

The well known “Twilight” books have also fallen victim to the parody fad. The satire opens similarly to the original with the main character moving away from her mother, when Belle Goose (the new Bella Swan) decides to move to her father’s home in Switchblade, Ore.

She gets to Switchblade, sarcastic and confident, and begins to assume that the people there must all already know who she is – and is confused when not everyone at her new school is enthralled with her. When the male protagonist, Edwart, is introduced, Belle assumes the role of a typical teenage fan girl, obsessed with Edwart and his dashing good looks.

“It was then that I saw him. He was sitting at a table all by himself, not even eating. He had an entire tray of baked potatoes in front of him and still he did not touch a single one. How could a human have his pick of baked potatoes and resist them all? Even odder, he hadn’t noticed me, Belle Goose, future Academy Award winner.

He was muscular, like a man who could pin you up against the wall as easily as a poster, yet lean, like a man who would rather cradle you in his arms. ‘What is that?’ I asked, knowing that whatever it was it wasn’t avian. ‘That’s Edwart Mullen.’”

As much as America loves guilty pleasure novels such as these, it can be fun to indulge in a little mockery from time to time. If one is tired of the Twilight craze or the fascination with kids killing kids in post-apocalyptic America, readers should pick up a parody book or two to remind themselves that reading sometimes shouldn’t be taken so seriously.